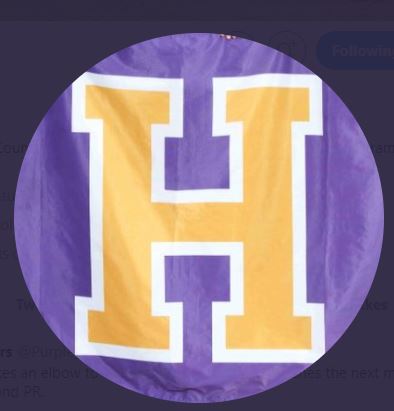 The rain poured before the race and was difficult for almost all runners. BGHS girls and guys competed in Cross Country Regionals to see if we could qualify to go to state. On Friday October 23, 2020, the high school regional runners competed at Fillmore Park.

The puddles were very deep, but the high school runners were determined to go to state. I worked extremely hard to achieve my goals as an individual runner and a team runner. I have been running XC (Cross Country) for many years. When I first started Cross Country, it was easy because I would not have to run so long. However, since I am all running for BGHS as an eighth grader, it is much more challenging. Last year I was running 2 miles plus and this year since I was with the high school I was running 3.1 miles in Regionals.

This year has been my chance to push myself as an athlete. It was an experience that I will never forget because it tested my limits as a runner. Each race depended on how I felt. Most runners have to push through and make it to the very end; XC is not just an athletic sport; it’s a mental sport in which tests the runner’s mind of my mental ability. I talk to myself during a race to help myself do the best I can. Races are not easy that’s why I talk to myself. In my runner’s mind, I am either confident or distracted on how the outcome will be.

During regionals, I repeated to myself over and over in my head that I can do this. In XC I have to talk to myself to push myself to be the best of my ability. Once it’s all over, I put all of the negativity behind me. I had never run through puddles and the conditions that the rain left.

Despite the weather overall the team earned second place! The boys race was cancelled and moved back till the next day. Only 2 high school boys qualified out of the race.

The state cross country championship was scheduled. However, because of COVID BGJHS runners were not able to compete and state was canceled. I honestly was surprised that state got canceled because I never imagined not finishing the XC year without state.

This season for the BGJHS girls cross country team did not go as well as we hoped. As an athlete I feel as though we worked hard this season and gave it our best. It would have been nice to finish the season at state.

Many of my teammates had a difficult season. This year a hardworking XC runner Kathryn Harris, unfortunately could not compete at all this year due to shin splints and her injury was pretty bad.
“Being injured is disappointing and frustrating, especially with this being my last year at the Jr. High, said Kathryn. “My season was very much impacted by the injury because I missed the entire season. It was hard not being able to participate in something I love doing.”

Leela Kaul, another eighth grader running for the high school, also was not able to finish the year because she injured herself. This year we had my sister Ani Drane join. I have always wanted her to run with us and see how she likes XC Ani loves it and is going to continue running in high school. My sister and I qualified for state, the only 2 BGJHS girls. My coach canceled the race because of the pandemic and the race rules were just too complicated.
Running Cross Country has been very different during COVID. I had to wear a mask before the races and as soon as I started the race, I took my mask off. Once I finished, I put my mask back on. This made it difficult for me to actually put the mask on when I finished. This was also a challenge for my teammates.
“At the end I don’t like to wear the mask because I’m already hot. Masks are not the best when I am finished running. It makes it harder to breathe, and it gets hot,” said Ani.
Despite COVID, I am excited for upcoming races in the future so that I can push myself as a runner in the future and look back on good times in XC.