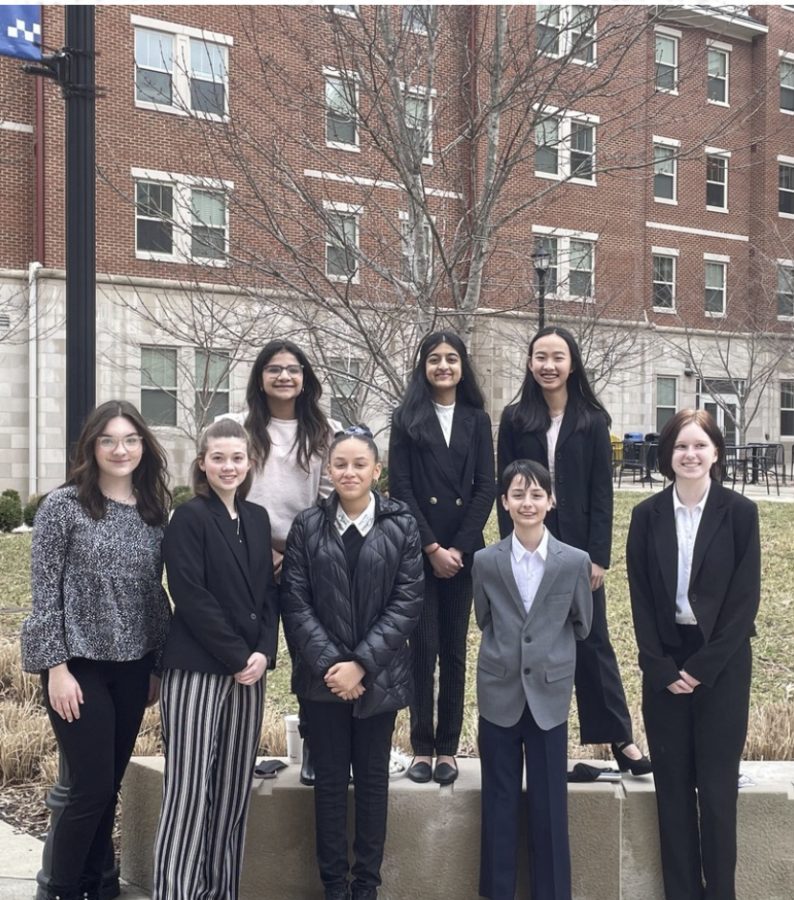 What is forensics?
Forensics is a series of speech and debate competitions, for students to learn public speaking. Students practice giving different types of speeches clearly and confidently for a group of judges. Forensics isn’t very widely known, like other competitive extracurriculars. In our county, BGJHS is the only middle school that has a forensics team.

“It’s a place where you can be part of a team, and learn how to get up in front of people,” said Neha Reddy, an 8th grader who’s been doing forensics for two years. Her favorite part of forensics are the tournaments, and being able to try new events.

“They’re competitions where you’re able to use your voice,” adds Timothy Wiedemer, another member of the team.

This process hasn’t all been smooth sailing though. This tournament was actually the first in-person state tournament for most of the BGJHS team. Since COVID hit, most of the competitions have been online. “I never really did in-person tournaments because everything was virtual,” said Timothy.

“Everything was weird, because it was asynchronous. It was a lot different in person,” said Neha

After spending the last year performing speeches in front of a computer screen, the forensics team was excited to meet new people and finally experience an in-person competition. All in all, BGJHS closed out the year with a success, and are hopeful for another successful season next year!