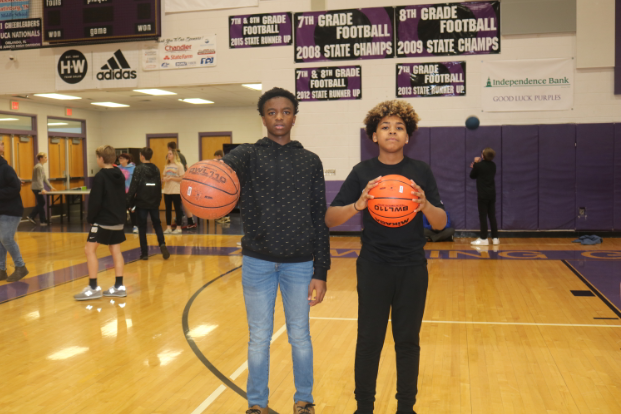 8th graders Javen Huddelston (left) and Elijah Howard (right) have lead there team to many victories.

During the 2020 Bowling Green Junior High School boys’ basketball season Javen Huddelston and Elijah Howard played for the 8th grade basketball team. They also helped lead their team to many victory’s during the season.

Javen Huddelston has been playing basketball for many years. It is something he has been very passionate about. Javens’ role model would have to be his older brother Kobi Huddelston. Within the season Javen did basketball traveling tournaments with many of his fellow teammates along side him. He went to a tournament late February and they won! He scored a total of 15 points during the game.

Elijah Howard has been playing since he was 3 years old. He also enjoys being out with his friends. He also plays for a travel basketball team. Elijah was one of the players that played in the tournament this weekend he scored a total of 10 points.

Both of them are really looking forward to playing basketball in high school. Elijah thinks it would be very wise of him to try out for boys varsity. Javen also plans to tryout for the varsity team.