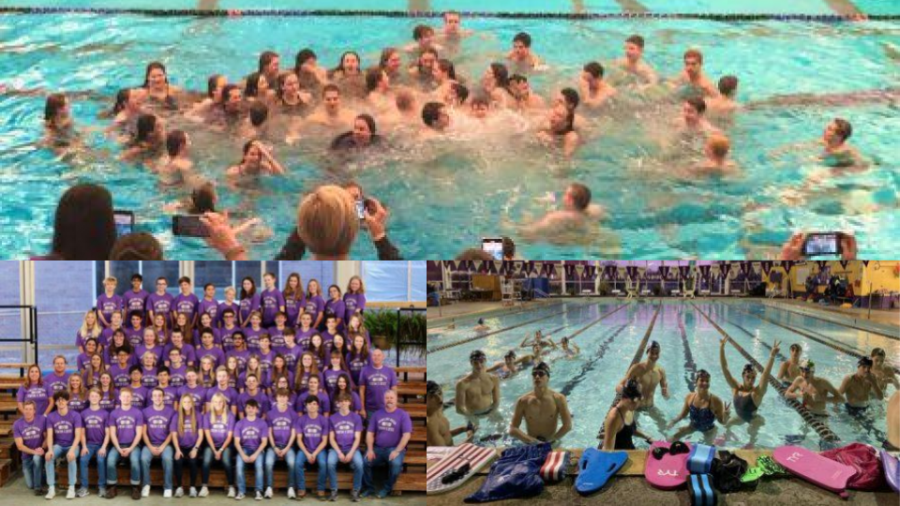 To score at regionals, swimmers must make top 16 in preliminaries, guaranteeing them points in finals. Nate Stein (8th grade) and Cooper Reynolds (9th grade), both swimmers on the BGHS team, both said that they qualified for finals and placed at regionals.

“I qualified and placed in the 100-yard butterfly and 100-yard backstroke at regionals,” said Cooper.

“I qualified for the 200-yard freestyle and the 100-yard butterfly and placed in both,” said Nate.

“Winning was fantastic and jumping in the pool with the trophy was great,” said Nate.

Cooper and the team  described the fire truck escort on the ride back home from Owensboro as enthusiastic and prideful.

After the team won, the coaches (fully clothed) and swimmers all jumped in the pool with the trophy. On the bus ride back from Owensboro, the team was escorted by a fire truck, letting all the Bowling Green fans know they won.

After arriving back at Bowling Green High School, the team went to Mister B’s to eat and celebrate the close of yet another great swim season.