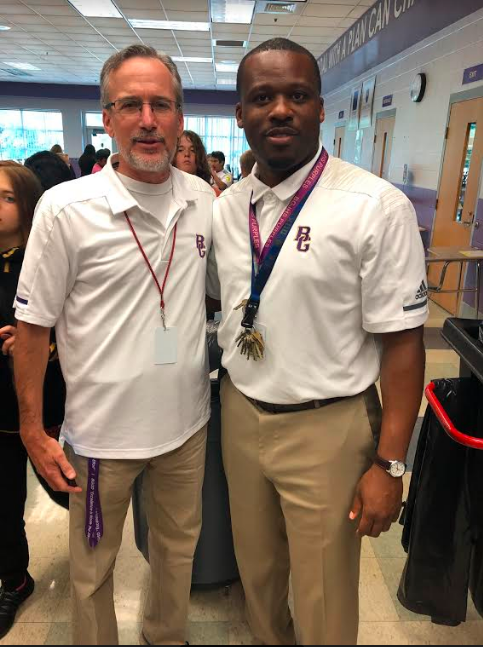 On Tuesday, April 7th Mr. Briley announced on Twitter that with pleasure he will be retiring. Teaching music for 31 years and 29 of those years being at Bowling Green Junior High School (B.G.J.H.S) and Bowling Green High School combined (B.G.H.S). Mr. Briley has met incredible students and helped grow their interest in music. Although he is unable to see his students in the classroom during COVID, he meets up with his students through Google Meet and online social media as his last teaching moments at Bowling Green City Schools.

Mr. Briley grew an interest in music as a child since he was in the 5th grade. Briley had the opportunity to get a private lesson from his first band director, who was also his role model.

“My dad and my first band director were my role models. I always admired how my dad treated everybody the same no matter who you were or what your job was, and he has a quick wit, ready for the comeback. My first band director, of course, because he taught me how to play the trumpet, gave me private lessons and you always saw him playing around town all the time – I’ve always tried to be like both of them,“ said Briley.
Every year BGJHS and 1,000 other professional music educators from K-12 go to KMEA, Kentucky Music Educators Association, at Van Meter Hall to perform and get rated novice, apprentice, proficient, and distinguished; novice being the lowest and distinguished being the highest. These ratings become public knowledge, much like our KPREP assessment scores, except their ratings are publicized the same day as the event. Before the performance assessment students practice a number of songs and perfect them ahead of time.

“We practice sight-reading new music which is when they give a sheet of music you have never seen before and the conductor gets a few minutes to look at it and then tells us things to watch out for (ex. accidentals, key changes, difficult rhythms, etc.)” said Amy Pan, an 8th grader at BGJHS.

When all music conductors and students are at Van Meter Hall, wearing all black attire, they perform their pieces on stage while the judges spectate from the balconies. Soon they go to another building to start their sight-reading. Then, in the end, the scores are announced by the judges, and everyone heads back to their schools.

It was soon announced that KMEA was canceled due to COVID-19.

“The only thing I would change would be to schedule my last concert before they shut down the schools. My only regret is that I might not get to have that “last” concert with my students,” said Briley. 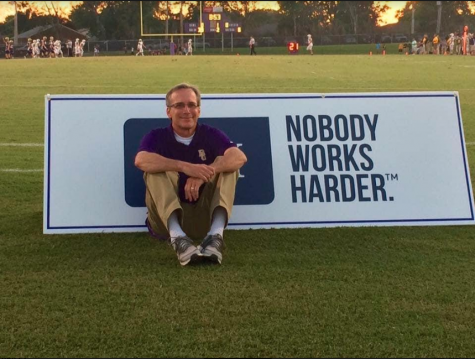 “Although he wasn’t technically my first music instructor, he’s definitely been the most prominent one,” Egan said.

Egan is now a drum major and acknowledges everything Mr. Briley has done for him. “He’s guided me for 7 years now between playing my instrument and becoming the drum major.

He’s made every second enjoyable and the way he teaches is what always kept me interested to continue with music.”

Being in Mr. Briley’s class for many years, Egan’s favorite memory in his class was how he constantly cracked jokes and wouldn’t hesitate to make his students laugh.

“A message I would love to give to him is that he will be missed very much since he was such an important factor in the spirit of not only our band but in our school as well,” said Egan.

Amy Pan and 8th grader at BGJHS who’s also been in Mr. Briley’s class since the 6th grade plays the clarinet.

“I don’t have a specific favorite memory while being in his class, but most of them include him making hilarious jokes to the point where I would almost fall out of my seat laughing. He was such a funny teacher and had the most wonderful personality,” Amy said.

“I would like to tell him that I would always remember him because being in band class with him as my teacher was always one of the highlights of my day. He is an unforgettable person,” said Amy.

“I have known Mr. Briley for four years now. Having him around was like having an encyclopedia of music teaching available to me, always with a touch of sarcasm mixed in. He has helped to shape me as a music teacher in many ways, one of which is emphasizing the importance of music education in our schools,” said Case.

A message Case would like to give Mr. Briley, “He always said that students come first, and he doesn’t care what he has to do or say in order to stand up for student’s access to music education. I would say to Mr. Briley that I’m going to miss him deeply, and I wish him the very best. (And he better call me up for some rounds of golf)!”

Mrs. Shores, Assistant band director at BGHS, has taught with  Mr. Briley for around 11 years. She was his student teacher in 2005 and began teaching with him in 2009.

“I will miss many things about Mr. Briley. I will miss his sense of humor, sarcasm, witty come-backs, but most of all, I will miss his support. He is an excellent team-teacher and friend to me. He is a great teacher, loves interacting with the students, and really loves making music. He provides excellent balance in regards to team-teaching, has always been very helpful to me, and has been so incredibly supportive of me in some difficult times in my life.”

“Mr. Briley, thank you for your patience at the beginning of our years teaching together, as I was still a new teacher and we were learning to work together. Thank you for being the balance I so often need when I am anxious or uptight about things (which is most of the time!). Thank you for making it easy for me to be the nice one, too.  I have really enjoyed team-teaching with you for the past 11 years, and I have learned a lot from you. I hope you enjoy and embrace retirement in all the ways you deserve, 31 years of devoting your life to music education are impressive and noble. Enjoy family time and freedom! No more pep band games for you!” said Shores.

Mr. Fields, Superintendent for BGISD, has known Mr. Briley for a long time. He first met Mr. Briley when he came to BGHS as a teacher in 1996. Field’s thanks, him for all he has done for his students and teachers.

“I then had the opportunity to serve as his principal at BGHS from 2002-2015 and then his superintendent from 2015 until this year,” says  Fields.

Something that amazes Fields about Briley is that people still think his bark is worse than his bite. He’s tough, he’s competitive, he’s passionate about music and his students, but down deep, he is a little teddy bear who always does what is best for students” said Fields.

Fields hopes that in his following years he finds the same type of happiness in retirement that his many years of teaching brought to his life. “I also hope he stays in touch and involved in our schools!”

All students and staff wish Mr. Brliey best wishes for an amazing retirement and may all the years ahead bring him great joy and relaxation!